Tonight I spent an hour or so building a larger 4′ x 8′ table for assembling the outer wings. The table is made up of three 8-foot 2″x4″s screwed two sawhorses acting as a frame for the top, which is a 1/2″ 4’x8′ sheet of MDF board. Thanks go to one of my many great neighbors for helping me lift the heavy board into place. The top was secured to the 2×4’s with countersunk wood screws to keep them from damaging the wing skins.

After completing the new bigger table, I then reviewed the outer wings plans and parts of the kit to proceed with the build. The goal is to start on them this week. I’ll probably drop by an RV and Hummel build tomorrow night to get pointers from folks on the outer wings.

Below is a time lapse video showing me finishing up the wing table, drilling countersunk holes for the last six wood screws.

Build night this Wednesday was all about plans review, deciding what to do next. I was considering beginning the canopy but that should come after glare shield and avionics, especially since I am considering trying to adapt the popular ASA Sonex sliding canopy mod to the Onex.

Most of the evening was plans review with an experienced aircraft builder, with a focus on canopy and wings. I think that next week I will attempt to begin the outboard wings, since the metal working workshop (EAA) gives me a confidence boost. This means I need to make a decision about lights, so probably going to make my final decision on nav/beacon/strobes soon and order them.

The hangar is undergoing a serious upgrade so that the Onex build can proceed at its new location. I’d been using the hangar for overflow storage after moving to the airport, so lots of stuff had to be relocated or removed.

I also never fully set up the hangar as a workshop, so I have been building/installing new workbenches and cabinetry so I can have adequate space to work, and adequate storage for tools and parts. As an added bonus, all the tools, parts, etc. associated with my Searey now have new storage and workspaces also.

So far I’ve spent about 40 hours on the hangar cleanup with still much more to do, such as building platforms for my simulators. I also plan on adding a second story mezzanine to the back of the hangar (and will probably relocate the simulator there), but that will be a winter project. 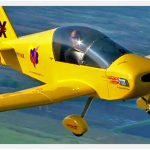 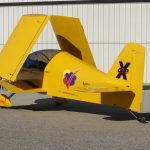 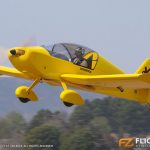 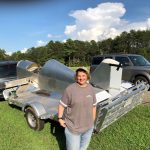 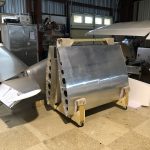 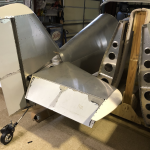